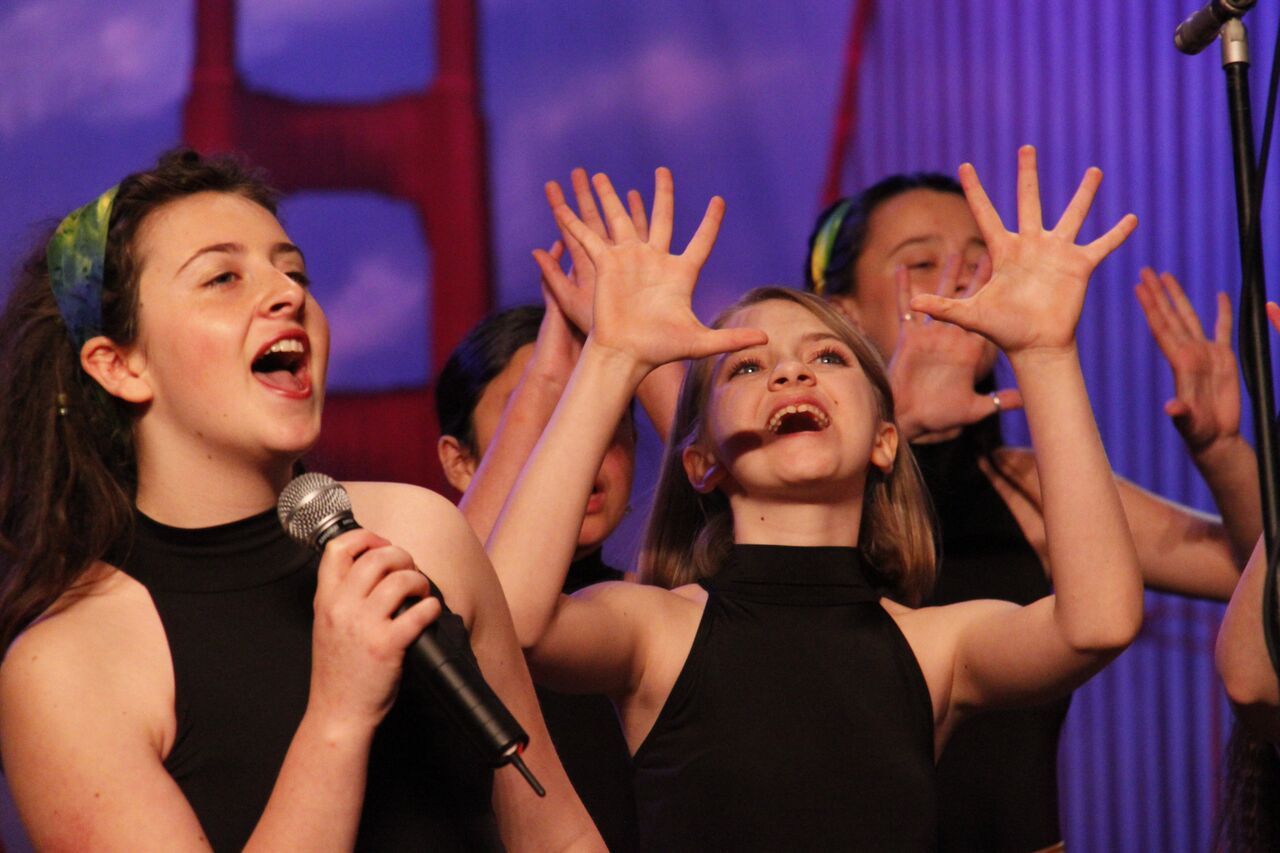 VOENA (Voices of Eve ‘N Angels), founded in 1994, has performed for President Clinton and President Bush in Washington D.C. and Pope John Paul II at the Vatican in Rome. As goodwill ambassadors, they have toured with their message of celebrating global diversity to China, Mexico, Italy, Greece, and Japan. From the White House, Mondavi Music Festival, Davies Hall to Carnegie Hall, VOENA has shared the stage with icons and performers such as Daniel Rodriquez, Gov. Arnold Schwarzenegger, Dr. Maya Angelou, Ce Ce Winans, Jose Feliciano, Lonestar, and Broadway stars Brad Oscar and Dale Kristien. As US Ambassadors, VOENA returns to the Bay Area after an astounding year that took them from the World’s Expo in Aichi, Japan 2005. — where they dazzled international audiences — to their magical return performance at the 2005 Pageant of Peace in Washington D.C.; a return performance from the 2003 Pageant of Peace. Representing up to 35 cultures, VOENA, with 100+ voices ranging in age from 6 to 18, achieves rich and inventive a cappella vocal arrangements by using multiple percussion instruments, dance, and theatrical elements – performing in a splash of color, embracing our many cultural differences.

“If the world had the heart and the courage to see you and hear you, we would be different — we would be changed. You are exactly what the world needs. In your innocence, and in your youth and talent, you can teach us so much.” –Dr. Maya Angelou

VOENA was honored by singing backup for Dr. Angelou’s recitation of “Amazing Peace” which she wrote for the Pageant of Peace, performed on national television. VOENA inspires an understanding of family to those who have none and a gift of self-respect and self worth to children who often have little. VOENA and Dr. Angelou share a dream of teaching diversity as a beautiful tapestry in which colors have equal value. It is a message of boundless hope and limitless dreams. A message that knows no color, religion, or country — A Voice of the Nations!