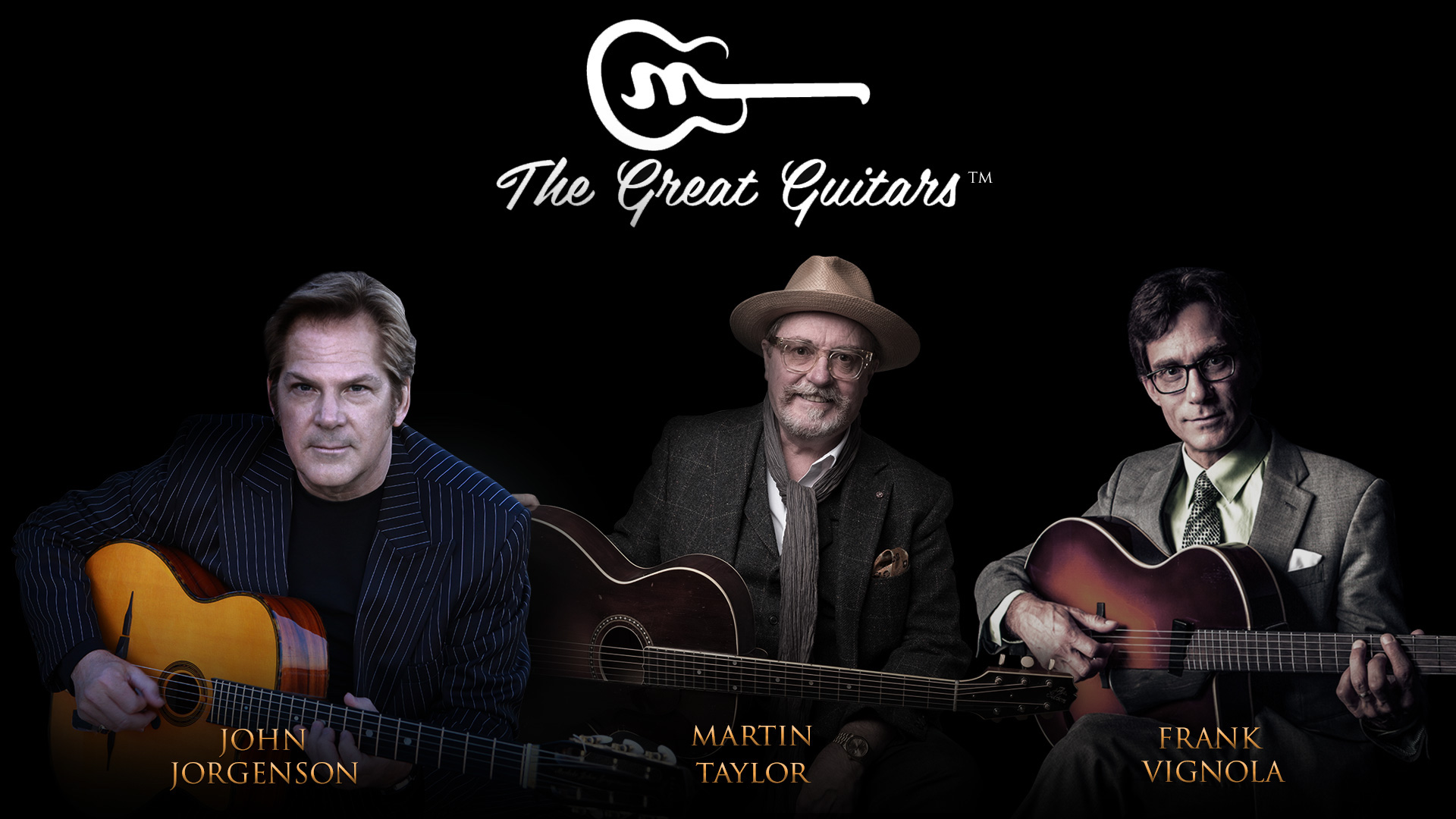 Dummy Video is added. You can click edit and add yours​

The Great Guitars™ traces its colorful heritage back to the 1970’s when the legendary jazz guitarists of that era toured the world and recorded together. Award-winning guitarist Martin Taylor, who replaced Herb Ellis to become part of the original group in the 1980’s with the legendary Barney Kessel and Charlie Byrd, has revised the format for the 21st century-enlisting two of today’s top jazz guitars players to co-create a brilliant program displaying guitar mastery, emotion, humor and musical fireworks.

Pat Metheny calls Martin Taylor “one of the most awesome solo guitar players in the history of the instrument”, while Jeff Beck says, “he out-shreds all of us – I’ve never seen anything like it”. Taylor is widely recognized as the world’s foremost exponent of solo fingerstyle jazz guitar playing, with a record 15 British Jazz Awards, Top 10 albums in the USA and Europe and an MBE from the Queen of Great Britain. His innovative online guitar school now teaches guitarists in over 60 countries.

Frank Vignola is highly regarded as one of the most accomplished, multi-dimensional players in the world today. Les Paul added him to his “Five Most Admired Guitar List” for the Wall Street Journal while the New York Times deemed Vignola as “one the brightest guitar stars.”

John Jorgenson, known for his blistering guitar licks and mastery of a broad musical palette, has earned a reputation as a world-class musician, as evidenced by his collaborations with Earl Scruggs, Bonnie Raitt, Elton John, Luciano Pavarotti, Bob Dylan and many others.