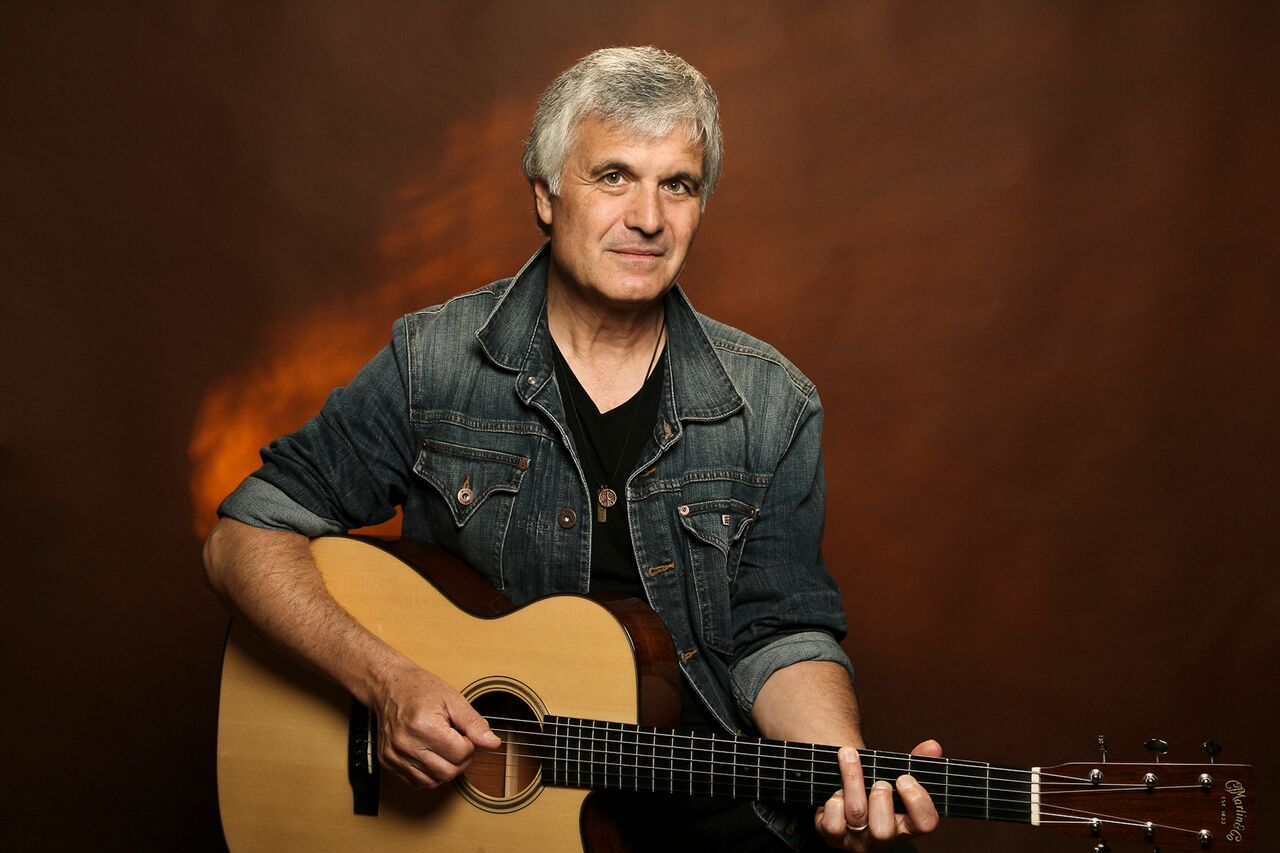 “One of the world’s most remarkable acoustic guitarists.” – The South China Post

Laurence Juber is a solo performer, recording artist, composer and arranger. His play-ing fuses folk, jazz, blues, pop and classical styles, creating a multi-faceted performance that belies the use of only one instrument.

First internationally recognized as lead guitarist in Paul McCartney’s Wings, with whom he won a Grammy®, Juber has since established himself as world-renowned gui-tar virtuoso and entertainer.

Juber, known to his fans as LJ, has recorded more than two dozen albums which spot-light his unique touch and tone on acoustic guitar. His 2018 release, Touchstones, is an historic collection of the roots of fingerstyle guitar from the renaissance to the early 20th century, with a matching folio published by Hal Leonard. Downtown, a jazz-inflected collection of standard tunes, was released in April 2019.

LJ Plays The Beatles was voted one of Acoustic Guitar Magazine’s all-time Top Ten al-bums. His solo arrangement and performance of The Pink Panther Theme earned him a second Grammy®, while his arrangement of Stand By Me was heard nationally in a Diamonds Are Forever commercial. Juber’s DVD-Audio project Guitar Noir (AIX Rec-ords) won a CES Demmy award for best surround-sound audio.

His ‘photo memoir’ Guitar With Wings was published by Dalton Watson Fine Books.

As a studio musician, he can be heard on recordings from artists as diverse as Dan Hicks & The Hot Licks, Seal and the French chanteuse Sylvie Vartin, plus he is featured on the soundtracks to hundreds of TV shows such as Home Improvement and movies including the academy award-winning Dirty Dancing, Good Will Hunting and Po-cahontas.

Juber co-composed the soundtrack of the award-winning video game Diablo III and scored the NBC Dateline documentary Children Of The Harvest. His music is also fea-tured in the Ken Burns’ documentary The Tenth Inning.

“A Master!“ – Pete Townshend, The Who

“LJ is a musical chameleon who shines brightly regardless of the landscape.” – Will Turpin, Collective Soul

“The melodies, textures and harmonies he coaxes out of an acoustic guitar are absolutely spell-binding.” – Guitar Player Magazine

“At the heart of LJ’s sound and style breathes a near-flawless technique where a fiercely emotional underbelly, alternate tunings, and keen sense of melody and rhythm coalesce into something uniquely his own..you don’t have to be a solo-happy guitar worshipper to appreciate his talents.” – Inland Empire Weekly

“….the notes spin out of the songs with such finesse and musical agility, it’s hard to believe he has only 10 fingers and six strings.” – San Francisco Chronicle