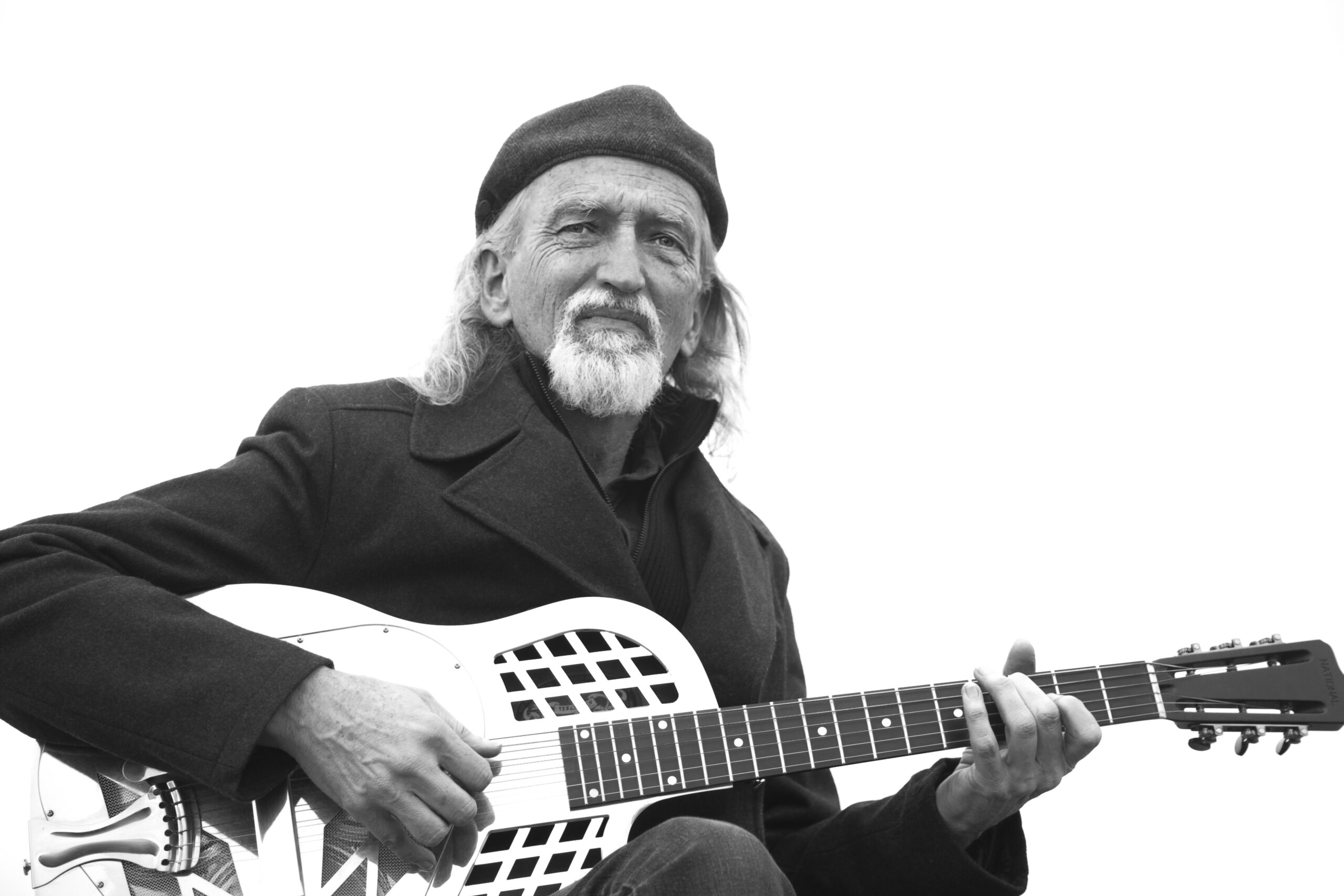 John “Greyhound” Maxwell brings his singular approach to slide guitar and mandolin, paying homage to the craft and tradition of the masters, while infusing the music with fresh energy. Guitarist David Lindley is quoted as saying, “..the best bottleneck style slide player I’ve heard in a long time“.

With an approach that is authentic and understated, Maxwell plays with the warmth and dexterity of someone who has loved the blues over a lifetime. Indeed, his education began as a teenager after seeing B.B. King play a set in Chicago in 1971. At Chicago’s historic Old Town School of Folk Music he took lessons from a young Johnny Long, himself a student of Homesick James. When Maxwell left for college in St. Louis, he originally studied classical, but grew restless and eventually fronted a blues trio. He counts himself lucky enough to have mingled with blues legends Tommy Bankhead and Henry Townsend, with whom he later shared the stage and formed a friendship. He’s been drawn to slide since the beginning. “It increases that conversational aspect between the instrument and the voice,” he says.

That lineage is evident in the conversations he’s still having. In his capable hands, classics are given a deep bow and a quick wink, at once subtle and surprising. Likewise, his originals feel familiar to the genre, at home on a back-roads front porch or a downtown speakeasy.

His style is grounded and focused yet delivered with an ease and a lightness. He says the nice thing about getting older is, “Whatever you do, if you’ve been doing for most of your life, you reach a proficiency level that’s really enjoyable.” That comfort and skill is obvious whether he’s playing with a full band, as a duo, or just his caramel smooth voice and his shiny silver Dobro. One gets the feeling he’d be equally at home with a symphony or a jug band.

In fact, he’s travelled the country, playing bluegrass in Tulsa and punk-rock in San Francisco, with forays into jazz, folk and rock and roll. No matter the genre, he always found himself coming back to the blues. He explains that his interpretation is not about a specific chord pattern or scale, but rather the emotion behind it. “I think that helps cross physical and cultural borders,” he says.

Now, having rounded the corner of 60, Maxwell is a master of his craft, garnering the admiration of his contemporaries. His first recording, Blues for Evangeline, made the top five in the Best Self-Produced CD competition at the 2016 Memphis International Blues Challenge.Maxwell’s second recording , Even Good Dogs Get the Blues , represented the Washington Blues Society at the 2019 IBC. In 2017, he had a song placed in a film at the Sundance Festival, and he taught at the prestigious Port Townsend Acoustic Blues Festival in Washington state, where he now resides.

“Back when I was 16 or 17, I would tell myself I wanted to have a successful music career, and it was okay if it happened at 60, as long as it happened.” He laughs softly. “I think I set my course there.”