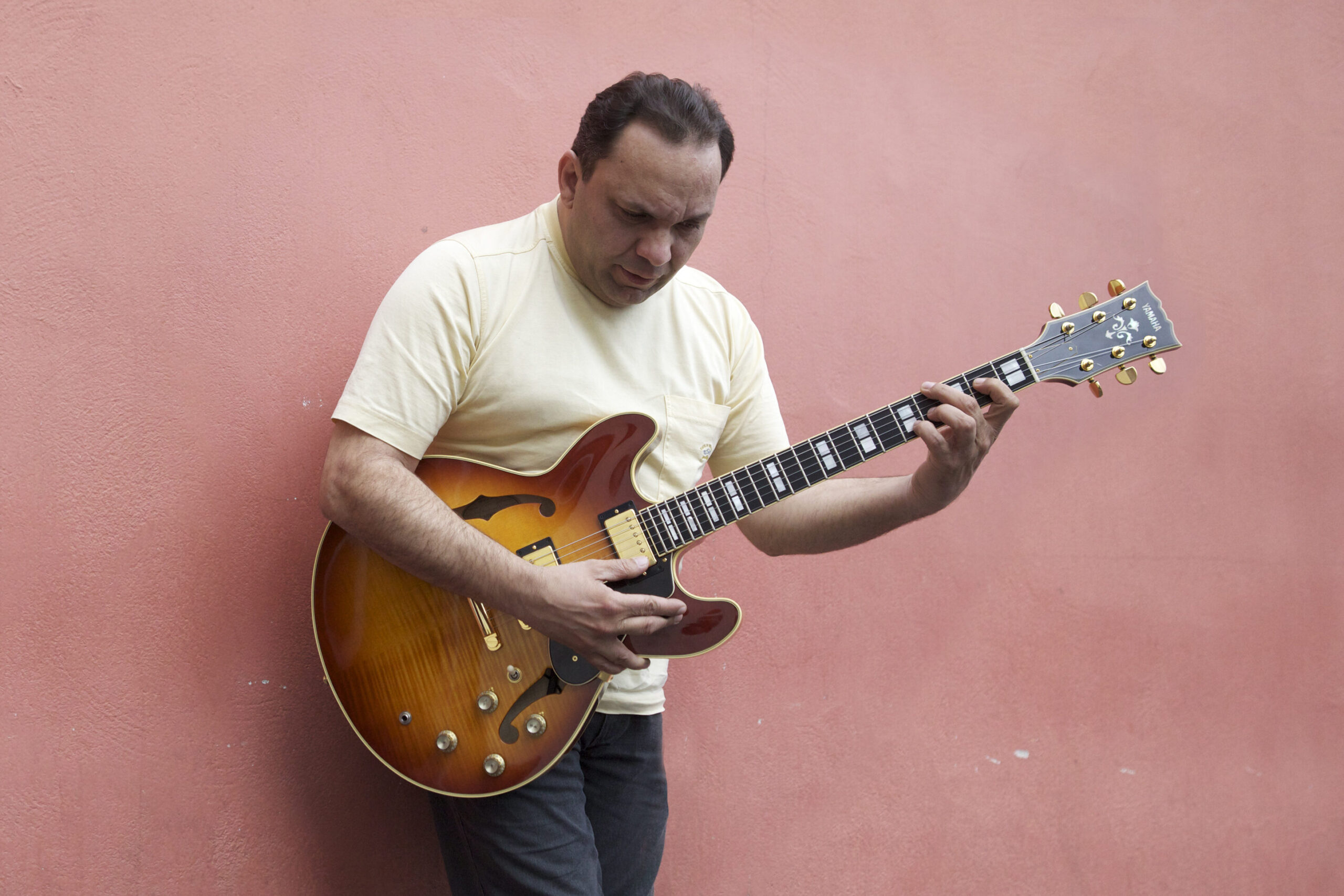 What is left today of the child prodigy that was Biréli Lagrène? – A wonderful musician, a magician of the guitar ‘s most dazzling, a “choreographer” of the six-strings as they are currently on the fingers of one hand.

From the beginning, music was his language, and the Reinhardt school. Destiny inevitable when one is born, like him, in Alsace (1966), which comes from the large gypsy family, and the chance that identifies you as a gifted in this area. Spirit quicksilver Biréli pigera quickly history. Beyond rigor which was that of learning (with his father and with his brother), this incredible blend of strength and precision Lagrène the badge will grace never forget the essential: “Django m ‘helped to see what is happening elsewhere,” he likes to recall. This great lesson of freedom, he was able to capture like no other, his first major public benefits (including Montreux, 1981) offer a striking testimony.

But soon the call of the sea leads him outside the family clan. To stay true to himself, and walk according to his own artistic star, Biréli not hesitate to make man out. Out with the gypsy cocoon, to embark on the adventure of fusion. Jaco Pastorius (ex-Weather Report) has been there. Jaco, with which Biréli share the stage in 1986, and whose influence on our guitarist (now in the meantime , a formidable bassist) go to mimicry (were, moreover, the enormous adaptability and other instrumental facilities he has shown since our man can also be transformed as required in remarkable keyboardist , and it feeds a growing private passion for the violin). So far this extraordinary taste and affinity for music material meets an insatiable curiosity Biréli then multiplies experiences and encounters with all the jazz world has unique and compelling personalities (Stéphane Grappelli, Larry Coryell, John McLaughlin, Joe Zawinul, Al Di Meola, Stanley Clarke, Miroslav Vitous, Lenny White, Dennis Chambers, Victor Bailey … not to mention its hexagonal partners among the most prestigious Didier Lockwood, Richard Galliano … or more recently Martial Solal).

The 90s for those Biréli recognition and consecration, obtained by playing standards (“Live in Marciac”, 1994). Under classical (since Lagrène has, too, that card stock). Django d’Or in 1993, Victoire de la Musique in 2001 and 2002 Biréli collects trophies, and points to the early 2000s an incredible challenge: replay the music of his origins, while remaining itself. A dangerous game that usually it is (one facing the mirror) one of the few not to fall into the trap of narcissism. Balancing act and real achievement, the epic “Gipsy Project” is a triumph (which culminates with a “Live in Vienna” absolutely mind-blowing). The buckle is fastened, and the time came for one of the greatest guitarists of our time to go to new shores. New formula, new inspiration and new music to explore closer to the blues for a man definitely “in motion”. Max Robin

“There are several ways of presenting an artist especially when it reaches the virtuosity of this” not presentable “just boy: When Mr. Bireli Lagrene rises and gets on his guitar, it’s Rock Star that takes us far beyond jazz and worn clichés.
It creates the surprise, like the Phoenix, which controls its own fire and… electricity.” Claudia Vasquez

Music rock blues influence and flavored jazz with everything we love about Biréli. Little by little, and it is normal, Biréli seeks to stand out from the image of Django. Despite all the respect he has for the legendary guitarist Bireli is absolutely extraordinary artist and may not remain forever his double.

Among guitarists who can claim the legacy of Django Reinhardt, Bireli Lagrene is obvious: of course, he understood and perpetuated the timbre particular, guitaristic slashes, swing furnace that characterized the poetry of his illustrious elder. But in Biréli, there is a way to overcome the pure virtuosity to achieve a higher order of quality: to the point that his game can make us doubt that Django had really existed before him. Only European jazz genius fully recognized in the United States, Bireli Lagrene chose to greet his master by sharing this music full of sap traveling. Biréli, Django: two names, a vision of the guitar to celebrate in an imaginary head-to-head, past the ropes “French” has never been so much future. (François Lacharme)