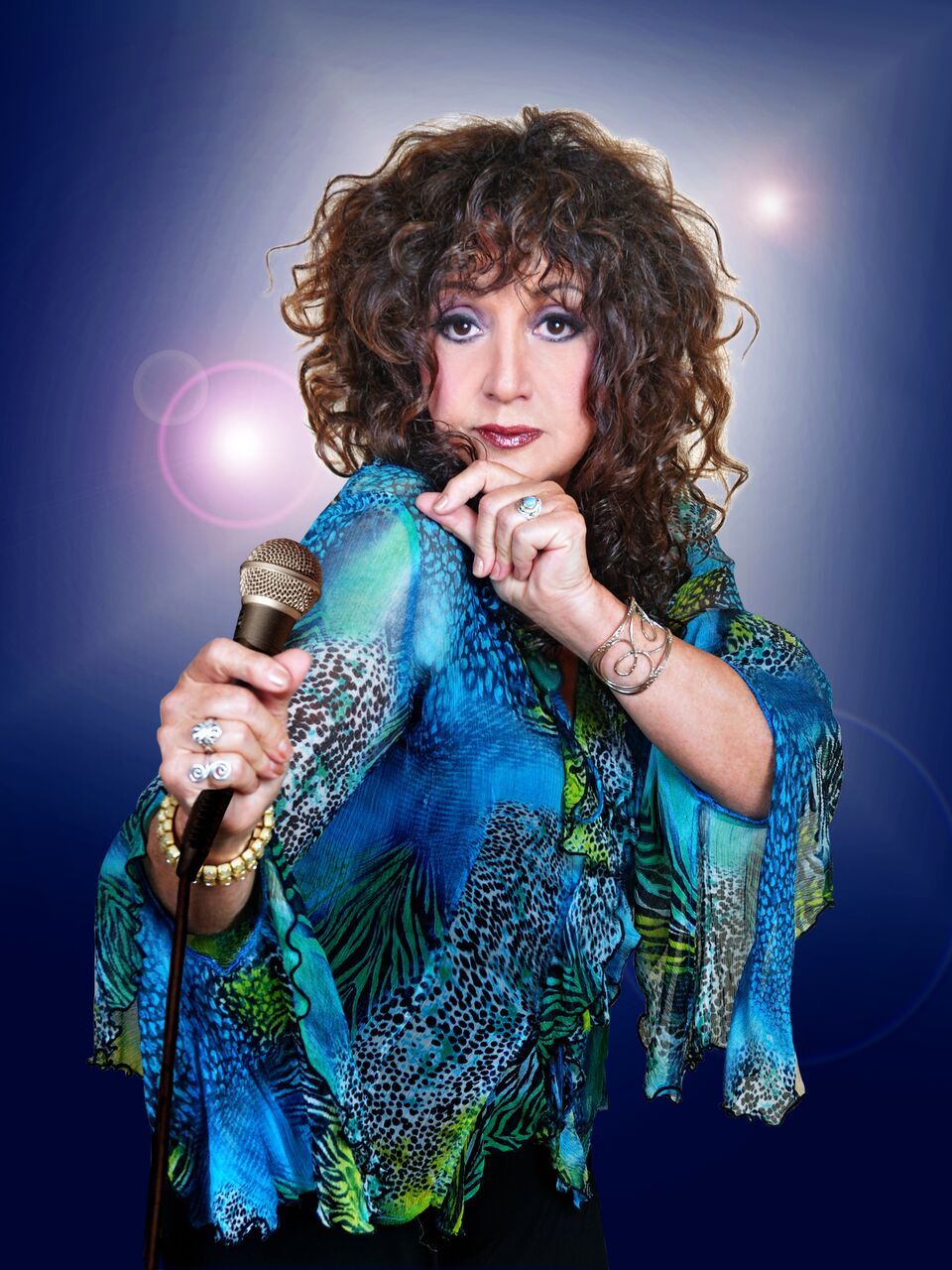 Now You're Down In The Alley

"Nix On Those Lush Heads"

In 1973, when a young Maria Muldaur embarked on her own self-titled debut solo recording, she had no way of knowing that “a goofy little song about a camel” would spark a million-seller hit, and launch such an enduring chapter in a lifelong odyssey though all forms of American roots music—but so it did.

It was during those 1973 sessions, that longtime friend and session pianist Dr. John first introduced Maria to the naughty, bawdy blues of Blue Lu Barker. A sassy take of Barker’s “Don’t You Feel My Leg” ensued and made it onto the record. “Listening now to Blue Lu’s young light lilting voice and delivery, I can see in retrospect how Dr. John heard some of that same quality in my young singing and was moved to suggest that song to me,” says Maria.

As it would happen, in the wake of “Midnight At The Oasis,” “Leg,” began to get some traction. Warner Brothers executives would ultimately reject an overwhelming number of requests from DJs to release “Don’t You Feel My Leg” as a second single, in an effort to prevent Maria from being branded as a sex symbol rather than as a serious artist…but to this day, it remains a cult favorite, and the most requested song at her shows.

Maria would later meet Danny and Blue Lu Barker, and they formed a friendship that lasted for many years. “Because of my friendship with Blue Lu and Danny, and my longtime association with that song, I was invited to put on a concert paying tribute to Blue Lu in New Orleans in 2016. Needing to come up with two hours’ worth of Blu Lu Barker material for the concert, I started doing some in-depth research of all their past recordings. I had previously only heard a few of their early recordings besides “Leg.” To my surprise and delight I discovered that they had written and recorded dozens of songs equally naughty, bawdy, witty, and clever as ‘Don’t You Feel My Leg’. Most of them were recorded in New York City in the early 40s, with some of the finest jazz players on the NYC jazz scene, and besides the wonderfully funny, suggestive lyrics, I was really struck and quite charmed by Blue Lu’s delivery of these tunes… droll, sly, full of sass and attitude, yet understated…a bit girlish and coy. Her cool nonchalance and crisp ladylike diction in contrast to the naughty, risqué lyrics made them smolder with innuendo all the more. These were songs by hipsters, for hipsters,” says Maria.

Muldaur’s performance in tribute to Blue Lu that year featured a stellar band of NOLA musicians and created a wave of demand for an album—a demand that she was inspired to fulfill. For this outing, Maria brought in New Orleans A-listers David Torkanowsky on piano (Irma Thomas, Neville Brothers, SolomonBurke), Roland Guerin on bass (Steve Earle, Chris Thomas King, Allen Toussaint), and Herlin Riley on drums (Wynton Marsalis, Cassandra Wilson, Dr.John), among others.

And so it is, that on her first studio album in six years, Maria graces Blue Lu Barker’s material with the full measure of her musical journey. This stunning set finds Maria at her finest, and closes the circle yet again, from the days of that first solo recording.

“Don’t You Feel My Leg’ was considered quite ‘risqué’ in its day, but compared to the over-amped, kinetic, frenetic, bumpin’, grindin’, booty shakin’, in-your-face X-rated explicit lyrics that prevail in today’s music, I find its playful, sly, tongue-in-cheek innuendo to actually be a much sexier approach. Imagination is always the best aphrodisiac,” says Maria.

She adds, “As we sit here in 2018, you might well ask why a vintage gal like me feels it is important to present these vintage tunes at this point in time. Well for one thing, in an era when so many aspects of sexuality are dealt with and discussed with such deadly seriousness, I find the lighthearted playful expressions of sexuality in these songs a pleasant and welcome respite from the fraught discourse prevailing today…and for another…these are all basically hip, fun happy songs, and I think we could all use a big dose of HAPPY right about now.”

Maria Muldaur is best known for “Midnight At The Oasis,” though she has toured extensively worldwide for over four decades, and has released 41 albums covering all stripes of American Roots Music, including Gospel, R&B, Jazz and Big Band, as well as several award-winning children’s albums. Often joining forces with other fine artists, she has recorded and produced on-average, an album per year, several of which have been nominated for Grammy and Blues Foundation awards. These last few years have seen the 50th Anniversary Kweskin Jug Band Reunion concerts, gospel collaborations with the Campbell Brothers, performances with Bill Wyman and The Rhythm Kings, and notable reissues of her early recordings with Jim Kweskin. She remains a revered and preeminent interpreter of American Roots music.